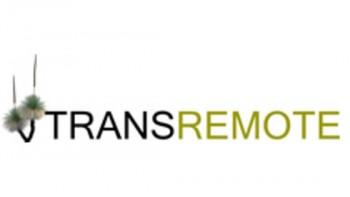 Trans Remote
More from this Employer

This position is part-time (0.5FTE), based in Alice Springs with regular travel. However, an alternative option would be a community based full-time role combining youth development work, under two separate contracts.

Warlpiri Youth Development Aboriginal Corporation (WYDAC) has dedicated itself to developing the strength, health, confidence and leadership of Warlpiri youth since 1993. The program aims to promote positive and meaningful future pathways for all young Warlpiri people. The notable, and sustainable, success of the program has been firmly based on the strength of Warlpiri youth, families and their communities, as well as the ongoing commitment of staff. The program was created by, and for, Warlpiri people, and is governed by a Warlpiri Committee. The WYDAC head office is in Yuendumu Community, however WYDAC is comprised of a variety of programs operating at five different Warlpiri sites – Yuendumu, Willowra, Nyirripi, Lajamanu and Mt Theo Outstation. WYDAC also have an office located in Alice Springs. There are over 70 staff across the entire organisation with more than half of these being Warlpiri people.

Primary Purpose of the Position

This role will support the ongoing adaptation of Unlock Literacy and work to embed this approach across WYDAC’s programs together with World Vision Australia, as WYDAC’s partner organisation on the project.

The ULC will be based in Alice Springs and be an important member of WYDAC and World Vision Australia’s joint Unlock Literacy team, reporting to both the Unlock Literacy Project Manager (World Vision) and Youth Development Manager (WYDAC). The ULC will regularly visit WYDAC programs and provide ongoing coaching and support to youth program staff, as well as other areas, to run literacy activities with children and young people.

The following areas are critical to the role and constitute the primary duties required to be successful in fulfilling the duties associated with this position and other duties as directed.

This job ad has now expired, and applications are no longer being accepted.