Have a question about advertising a job on EthicalJobs?

Please note we are NOT a recruitment company, and unfortunately we don't provide career advice or accept CVs. For help on finding an ethical job, please see our Career Advice section above. 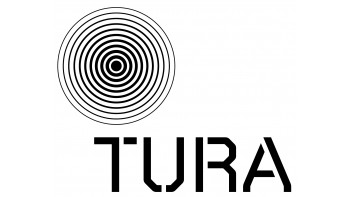 In 2017, artist Jon Rose undertook a Tura New Music residency in Warmun where he worked with the community to explore intercultural enigmas represented in car wrecks. A singular wreck was identified by the community, modified and then “strung” and transformed into a unique sonic instrument. The process culminated in local performances with Warmun artists and school students. Following this, highly-acclaimed Gija artists were commissioned to paint on the wreck panels, with their paintings telling Gija stories from ancient to modern times. The object and significant documentation accompanying its various stages of creation, has since been acquired by WA Museum.

With the support of the Elders and artists in Warmun, The Journey Down will be a production that has grown out of the various stages of development, including the original residency, the painting of the wreck and storytelling and documentation projects. The Journey Down tour is intended to be a celebration of cross-cultural collaboration, embodied in a significant cultural object making its way through regional Western Australia to its new home in Perth.

The Journey Down tour will take place over approximately three weeks in the first half of 2022.

Working closely with Tura’s Artistic Director, the Warmun community in the East Kimberley and other key creatives, the Creative Associate will be responsible for bringing together the various existing elements and visions of The Journey Down into a singular touring production. The Creative Associate will collaborate with key project stakeholders and other creatives to develop a high-quality production that responds to the wreck as a sonic instrument and installation while maintaining the integrity of its creation. Mediums beyond the object itself, including dance, song, storytelling, projection, lighting as well as traditional and new music will be combined and curated to realise a new touring work for the transition of this cultural object from Warmun to Perth.

Enquiries are to be emailed to admin@tura.com.au, using the subject line: Creative Associate enquiry via EthicalJobs.

This job ad has now expired, and applications are no longer being accepted.